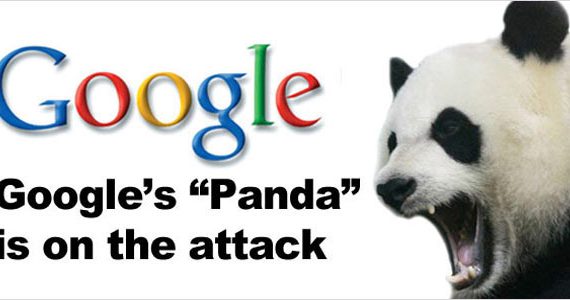 There’s no doubt that Panda blew a lot of websites out of the water. From spammed articles, and keyword stuffed content to affiliate links buyers, many website owners found themselves on the wrong side of Panda’s algorithm updates.

As a result, many myths started swirling around and some of them are still in existence. Some of the myths about Panda that you shouldn’t waste your time on include:

The two ways that your site can be affected by Google penalties may either be Manual Action or Algorithm Penalty.

In most cases, detecting Manual Action penalties is much easier. This is because Google is nice and polite enough to send you a message to notify you about the penalty. Manual penalty notices are issued through Google Search Console.

On the other hand, algorithmic penalties are quite hard to detect because Google will not notify you about such penalties. You will have to find them by yourself, or better yet find a reliable SEO agency or consultant to do it for you.

These are 2 ways to determine whether your website may have suffered from a penalty:

If either of the top two points applies to your situation, then apply the following steps to confirm whether it was Panda: 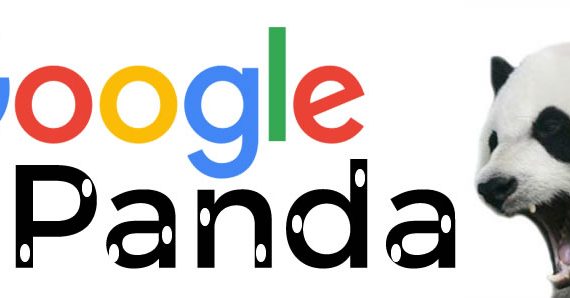 With more than 28 updates since its launch, Google Panda has addressed and targeted a number of issues in Google search results including:

Other issues may include non-optimised pages, content with lots of grammatical errors, sites without a specific topical focus and keyword stuffing.

Since it may take some time to see whether this change has affected your site either positively or negatively, it’s best not to overreact to any perceived shifts in traffic. Instead, we recommend keeping an eye on your site’s traffic over the next few months, and if you see any large fluctuations in traffic from organic searches, you should take steps to address any issues you might have. This will ensure that you see positive changes in the next Panda update.

Rather than chasing algorithm changes and trying to anticipate how to tailor your site to each new update, we recommend focusing on following SEO best practices like establishing your site’s authority and creating quality content that provides value for your customers. If you’re not sure whether your site meets these standards for quality, take a look at Google’s Quality Rating Guidelines, which can help you make sure you are communicating the purpose of your site and providing the best possible experience for people who use it.

In addition, it’s important to address any technical issues like crawl errors, broken links, or poor site performance that may be adversely affecting your search rankings. Google looks at over 200 ranking signals to determine how a site ranks in its search results, and while content quality is important, it is also essential to make sure your site runs properly, is easy to navigate, and is viewable on mobile devices.

Google panda or Farmer update is focused on quality of the content delivered in a pages of websites. It helps People in finding high-quality sites in Google’s search results. This change tackles the difficult task of algorithmically assessing website quality. So this change had affected low quality sites so badly, that they had to update the low quality pages to improve their whole site’s ranking. It’s better to focus on developing good quality content rather than trying to optimize for any particular Google Algorithm. Good quality content basically content means fresh, informative and interesting content.

After successfully implementing the first Panda update, lots of trusted publishers and high quality pages started getting more traffic. After this, Google rolled out Panda 2.0 update globally to all English language Google users. Post this implementation, Google started collecting data about sites which users had blocked. This was an indication to Google that those sites might be offering low user experience.

After a month Google again launched a new minor update, which was made to enhance the algorithm of Panda 2.0. Search results were not affected that much in this update.

This update was made for the web pages which used copied content from any other original source of content. This targeted the sites which used to scrap content from other sources. In this implementation Google tried prevent the low quality copied sites and push original content higher up on the search engine result pages.

This was a small algorithmic change of last panda update which expanded Panda filter and gave better ability to result in higher quality content for better user experience.

After successfully implementing the Panda update globally in English language, Google rolled out Panda 2.4 the same features for all languages except Chinese, Japanese and Korean. This change impacted almost 6-9% of queries for most languages.

Google made some further changes after few months in Panda Algorithm. This update was made to wider the analyses of searching high quality content.

This was a little change on Google Panda update, which broadened the analyses of search results according to valuable content, consolidated duplication, improving usability and engagement quality.

After releasing the flux update Google was rolled out several Panda update which were Panda 3.1, 3.2, 3.3, 3.4, 3.5, 3.6, 3.7 and 3.8. These all were minor Panda refreshing data updates. Search results were not affected that much but became more accurate and sensitive.

Google rolled out another update on Panda algorithm. It did not impact the search results much, although some sites noticed the affect 5 to 6 days after the update. It was a little change on the Panda update and designed to remove the low quality sites from the search engines. Then there were two more minor refreshing updates were launched by Google, which affected almost 1% of the results.

This was one of the major updates of Google Panda. Google rolled out this update by changing the Panda data and the algorithm as well. It was overlapping with the previous update EMD (Exact Match Domains) .After this change 2.4% of the search queries were affected. Then there were 4 more updates were launched by Google to further improve the results. Post this update Google stop giving priority of those sites which used false keywords in their domain and got good ranking. Google prioritized the domain name which had the content depth corresponding to the keyword which used in domain URL.

Again Google rolled out an important update – Panda 25 started dealing with spammers and people who abuse the process. Google made some changes in this update by changing the indexing process of Data.

It is almost like the Google Dance update in which Google ran the update approximately for 10 days. Google checked the effect after implementation and saw the ranking dance. Google named the new algorithm update as the Panda Dance, knowing that keyword rankings for all sites were began to dance or jumped up and down each and every month.

Google rolled out a new update on Panda. Goal of this implementation was to soften some previous penalties on the low quality sites. Some targeting methods were changed to get fine search results.

It was one of the most important updates of Panda. Due to this change approximate 7.5% of English language queries were affected. Main goal of Panda update was to penalized the poor scraper sites, and boosting sites with great quality content was reached by this Panda updates.

Google rolled out another Panda update which affected 3-5% of search results based on the location. Google worked on it so accurately that it improved the Panda algorithm as well. It elevated the high quality small and medium size sites so perfectly that everyone tried to make their site fresh and informative. Then, there was one more and last update Panda 4.2 (Launched on 17th July 2015) rolled out by Google, which impacted the English search queries of about 2-3%.