The affection of Google RankBrain Algorithm on your website 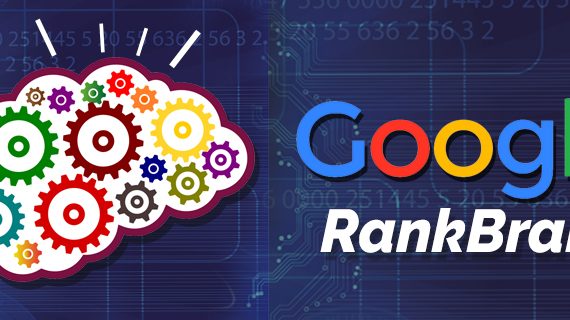 The affection of Google RankBrain Algorithm on your website

The most important thing for the RankBrain algorithm is content that is created for users and provides real information. Therefore, you should better reflect your content and focus on information rather than inflating your text with empty sentences.

Instead of concentrating on a single keyword, provide users with full content by quoting from different sources. In addition, you can repeat your keywords several times in your text to get high on Google.

First Assumption – User Behavior is Shifting and will Shift even Further

Since search results are becoming better and better in terms of relevance to the user, getting to the top 3 spot – whether that spot is a local listing, a knowledge graph listing, etc – so long as it’s an organic listing and not paid (since paid has an obvious yellow button-like label that says ‘Ad’) it will get more clicks from users now more than ever.

Second Assumption – Competition is Going to get Tighter

Search took a leap up the competitive ladder. What RankBrain really did is prioritize meaningful results. “Strings to Things” isn’t all that friendly to those playing the search game primarily for traffic. All the articles that are less comprehensive than its 10x counterparts will drop in rankings. Only the best will get ranked – all the other mediocre results will start to fall off.

Search is a zero-sum game. It’s always been. And just when we thought the game wasn’t getting any harder, it bites us back in the ass.

We can conclude that this is the beginning of numerous years of machine learning being incorporated into Google (because it worked better than they thought it would). Considering the direction of Google has been to fight spam and close up loopholes (we’ve felt the effect of this quite strongly since 2010), it’s a surprise that RankBrain is not an algorithm that targets black hat tactics.

That being said, I think that the next machine-learning algorithm Google will launch after RankBrain would deal strongly with fighting spam and loopholes. If RankBrain worked better than they expected, I’m quite sure that they will use the positive result in shutting down spam and black hat problems.

Fourth Assumption – You can affect RankBrain

Google feeds RankBrain ‘offline’ data. Meaning it does not learn on the internet as it is. What Google thinks is good enough to feed to RankBrain, that’s what they feed it. So coining terms that spread such as ‘Growth Hacking’ or ‘Inbound Marketing’ or ‘Link Earning’ could actually signal that you are an authority in such a term and concept.

If this is fed to RankBrain and it recognizes you as the source of the term, that could turn out to be a positive signal for your site and all that is related to it. It’s not easy, but it’s definitely something that I assume could affect the algorithm as it is fed.

Read more What is Google RankBrain and How Does it Work?